At our recent reunion, Tom told me about his new chain of retail stores, HERE TODAY.  Monday I had the opportunity to visit the one in Arnold.  What an adventure!  Easy to find, clean, neat, friendly, efficient employees and great prices on all sorts of STUFF!!!  What more can a girl want?  You can see their locations at www.heretodaystores.com, and see them at Here Today on Facebook.  A great way to save some money, support our classmate's venture and have a fun shopping experience!!! And you don't have to go to Walmart to save a few bucks.  Tom, we're excited for your new adventure, keep up the good work.

And even better, yesterday morning Tom was the featured guest on KMOV's morning show with Claire Kellett visiting his new Lake St. Louis store...he was GREAT, I told him he should have been a stand-up comedian.... 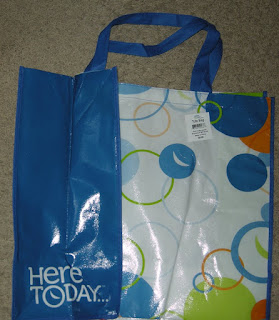 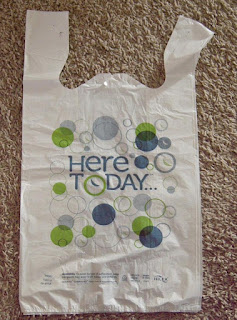 Posted by LeslieAlice at 7:15 PM No comments:

HONORING OUR VETERANS – THANK YOU FOR YOUR SERVICE!!
In preparing a poster for our 50th Reunion Party tonight, I have made an alphabetized list.  Please see all posts in the Label VETERANS AFFAIRS for the details of the service of many of these classmates.  If you are aware of others, or if you wish to add to the information already posted, PLEASE advise.

10/13/15 - Two new names have been added from our Reunion Weekend.   Those with * by their names, and maybe some I missed, were all in attendance at our 50th Anniversary Reunion this weekend.  Thank you for being with us!  We recognized our Veterans with a poster bearing their names, red/white & blue ribbons for their lapels and a big round of applause at the beginning of our dinner Saturday night.  THANK YOU FOR YOUR SERVICE

Posted by LeslieAlice at 1:27 PM No comments:

Sending all our biggest get well wishes to Linda Girard Day who is having a tough time now....she needs our good vibes and prayers.  It looks like she won't be able to join us for the party, but we hope JD might be able to pop in and at least take home some gossip to cheer Linda a bit...GET WELL LINDA!!!!

There will be a funeral reception on FRIDAY at P J's in Kirkwood from 2 to 5pm.  If you are planning to go there, be aware the parking in that part of town is a bear, so just be patient; parking on the surrounding streets (no meters), and other lots is available, just drive around a bit.  I'm sure the public part of the restaurant will have normal clientele, the reception will be in the adjoining space, so don't stay away if you are yearning for a great P J Burger, just be aware...

Remember we are having a cash bar, and also while your wallets are open, we're having a few Silent Auction items - no not ski trips to Aspen, or a new car, but some KHS65 memorabilia, think t-shirts and mugs, teddy bear w/ Kirkwood shirt, some nice ceramic steins, one KHS Alumni and one of a Kirkwood landmark, can coozies, just some fun "stuff" - money going to Class Reunion kitty.

Posted by LeslieAlice at 10:19 PM No comments: