KIRKWOOD CROSS COUNTRY RUNNERS- LEGENDS IN THEIR OWN TIME

Our wonderful KHS65 Alumni Sports Hall of Famer Jim Olson was recently interviewed for an upcoming article, and maybe a book, recently.  He sent me this GREAT rundown which I must share with everyone.  Our Kirkwood Track & Field and Cross Country teams have been legendary for years and you'll see why.  As a bragging right I will add that my brother Kert, KHS69, was Co-Captain of the 1969 Track and Field team, placing third in Pole Vault at the State Outdoor Meet in 1969.  I'm very proud of him, and he reminds me that even though he was not a cross country runner, the Track and Field guys DID have to work out with the cross country team in the winter...not one of his favorite KHS memories!  He knew the members of the 1969 Cross Country team well though, and sends congrats to them again all these years later!

"Leslie - These are results of the 1964 cross country state meet. This guy [the fellow who interviewed him] went wayyyyyyyy, wayyyyyyyyy deeper than one would think, so here are the highlights: (First five runners count in score.)

2. Missouri State Cross County Meet held at Columbia's A.L. Gustin Golf Course. All Time 2 Mile Individual Honor Roll (1963-1974.) During this 11 year period, over 1900 runners ran at the State meet.  Kirkwood runners listed below. (Note: they changed the distance to 2 1/2 miles in 1975, the only way they could erase Olson's record.)

Assume some people will enjoy seeing this and will probably know some of the other kids from other classes that did well, too.
THANKS JIM for sharing this with us!
Posted by LeslieAlice at 10:22 PM No comments:

I am sure many of you remember our late classmate, Eric Lothman who left us way too early.  Here is part of his obituary from the St. Louis Post-Dispatch at the time of his passing:


Dr. Eric William Lothman, a former neurologist in St. Louis and a specialist in epilepsy, died Saturday (April 15, 1995) in Charlottesville, Va., after suffering an apparent heart attack while jogging. He was 47.
Dr. Lothman, of Charlottesville, earned his bachelor's and medical degrees and doctorate from Duke University. He got his neurological training and practiced at Barnes Hospital and Washington University.
In 1983, Dr. Lothman joined the faculty of the University of Virginia's Department of Neurology. In 1990, he was appointed to the Eugene Meyer III chair in neuroscience.
In 1992, Dr. Lothman received the Javits Award of the National Institute of Neurological Diseases and Stroke. …

I remember at the time the extreme shock and dismay brought on by his death, especially in the neurological community.   I mention Eric now because I was recently giving my new husband and my brother, Kert KHS69, a tour of the fabulous new athletic fields and environs and we visited the brick pathway, many of the bricks now having names, dates and memorials to KHS folks of all types.  The memorial stone for Eric was particularly touching.  Others of our classmates also have honor or memorial bricks too, the Lowe girls and Brent Schenk come to mind.  I thought a photo of Eric's memorial might bring back some good memories of him for those of you who were his friends.These bricks are a great way to donate to Kirkwood School District Foundation and remember your family and our childhood! 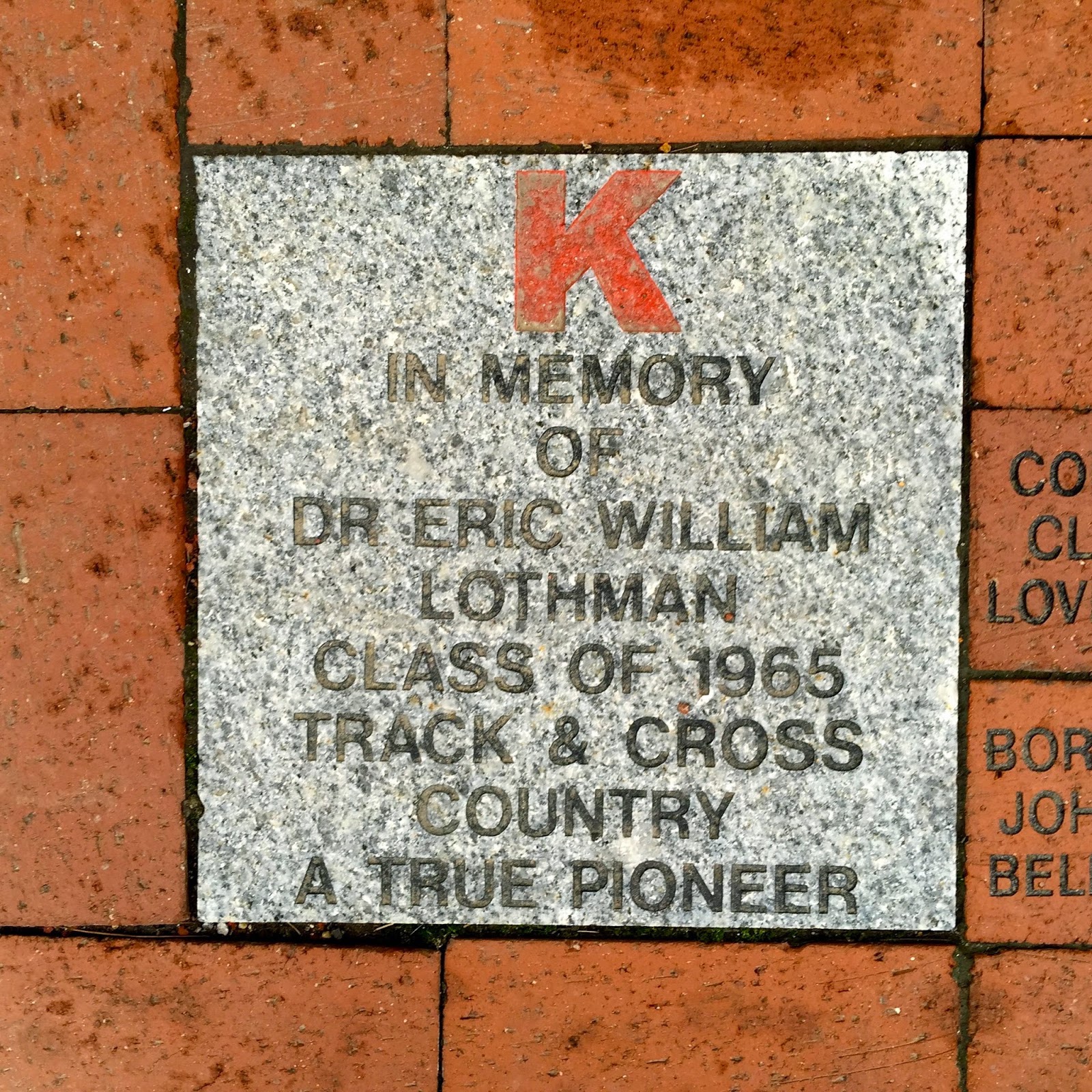 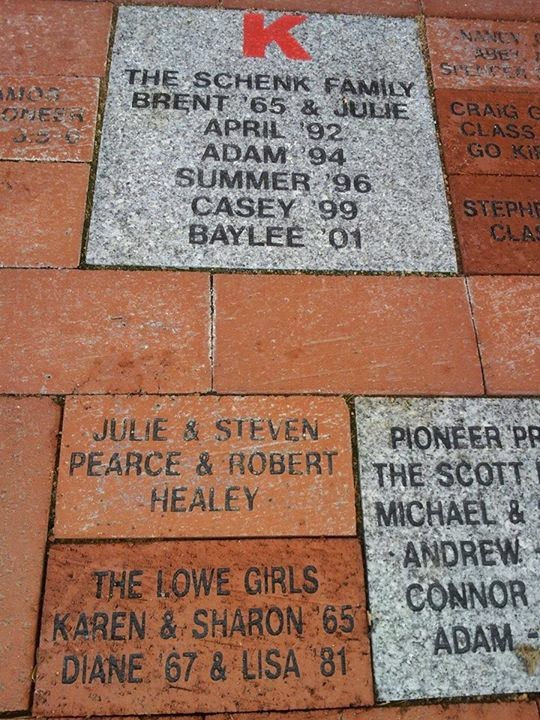 Posted by LeslieAlice at 8:18 PM No comments: